Thai Massage is a Thai massage parlor located near the Incheon International Airport. It is situated just minutes from what is the biggest airport in South Korea. Although most people who fly in end up in Seoul the actual airport is in Incheon. Since the airport is some distance from the city of Seoul many in transit either stay at the massive airport itself which has everything from hotels to cinemas or take the AREX train to the nearby town of Unseo.

There is no shortage of either massage parlors or adult entertainment in South Korea. By some counts it has one of the largest sex industries in the world. Studies suggest that over half of all Korean men have paid for sex. Things aren’t always obvious but if you know what to look for much of it is out in the open. Yet while both Thailand and Korean massage are associated with sensuality in many parts of the world things are not that black and white.

Unseo is a small town built around the above mentioned Incheon airport. The town is meant to service both airport staff and people using the airport. The place is filled with transit hotels and restaurants. It also has a large number of massage parlors. I have reported on many Unseo massage parlors here already. But this place is different.

Thai Massage stands out from the rest of the massage parlors in Unseo for a few reasons. One is as the name suggests. It’s a Thai massage place staffed by Thai women. Another thing is that this place is based around actual massage treatments rather than the extras. That might surprise those who are used to be offered or simply given a happy ending at Thai massage parlors in other countries like Germany or Hungary.

In any event Thai Massage is located right out of Unseo Station. It is the first massage parlor one sees when heading down the street. Since the owners actually have illuminated signs reading “Thai Massage” in English right in the street the shop is difficult to miss. Further down there are other adult oriented places like the previously reviewed King Massage.

Thai Massage is on the fifth floor of a building that houses numerous other businesses. There is a stair case but it is blocked near the top. So Thai Massage can only be accessed by the building’s public lift. Inside the shop there is a desk manned by a very forward Korean manager. She has a menu full of options. Most of it is written in Korean but a standard massage is 50000 Won. Other more expensive services come with traditional services like ear candling that not for the faint of heart or sound of mind.

After paying customers gain access to changing room with big secure lockers and a large wet area. Here there are showers, tubs and sinks that have everything from combs to colognes and razors. There is no time limit on use of the area either.

After showering customers head to one of several large private rooms. They are modest but clean with mattresses on the ground. The four or five Thai women on staff are in their thirties and forties and fit. Most can speak at least some English and Korea. All can of course speak their native Thai. I don’t want to be inappropriate with judgements but suffice to say that these women were hired for their massage skill rather than their looks. They are good at massage and here that is what matters. Because extra services of the erotic type simply do not exist.

Thai Massage is a totally therapeutic massage center. While happy endings are not on the menu the place does have a lot to offer. Everything from the massage itself to the large and well equipped locker room complete with strong flowing hot water, tooth brushes and cologne offers a welcome respite from the hassles of air travel.

For nearly a decade I have reviewed massage parlors all around the world. Some of the places turned out to be what many call “legitimate massage” shops. A few commenters have wondered aloud why I would bother to report on these kinds of places at all. But others understand that I investigate various places in order to find out what is going on inside. Things are not always obvious. If they were a site like this would be pretty boring. I don’t have to tell you that women take their clothes off in strip clubs (even if they don’t in some cases). But you may be surprised to learn about hair salons where

I also like to point out that things aren’t always as naughty as some who see hookers around every corner expect. There are hanky panky free massage parlors on Fields Avenue in Angeles City and therapeutic Thai massage parlors in Unseo. And there is absolutely nothing wrong with either. Yet this website reports on the commercial sex industry. So with that in mind I give this place one star.

Icha Icha massage in Chiang Mai recently renovated its shop and added lots of new ladies to its roster. This upgrade from what was already… More »Renovations and new ladies at Icha Icha Chiang Mai 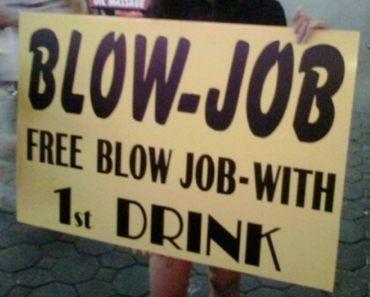 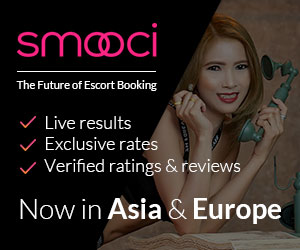