Gold Coast Spa is a large and elaborate men’s sauna in Phnom Penh. Although it is located in the heart of the city’s development boom it can be startling to see such a massive male massage parlor spring up in what was recently a rather sleepy city.

Perhaps more surprising is the fact that Gold Coast Spa looks and operates a lot like some of Macau’s famous sex saunas or perhaps more accurately the spa at Alexis in Jakarta. In a city where venues from cafes to small massage shops are regularly inspected on suspicion of impropriety one may wonder how such a large and prominent place can so openly exist.

Gold Coast Spa is located on the riverside road that leads to the Aeon 1 shopping mall. The place is just a short distance from the previously reviewed Wonderland KTV. The area is home to a lot of development and several Chinese owned and oriented businesses.

I don’t know who owns Gold Coast Spa. But the place must have cost a lot of money to construct. It is large and obvious with plenty of signs. Through a set of large glass doors there is a long lobby with a big front desk at the back. The lobby is staffed by a team of multilingual local men and women who help direct customers through the facility. Customers first stop at the desk to get a numbered wrist band which tracks expenditures inside. Final bills are settled at the same desk as customers depart.

Through a set of doors to the right there are full lounge and spa facilities. This even includes a full buffet after 6:00 PM. There are also attendants on hand that do what could be called regular or mainstream massages. Unlike the Macau saunas there are no ladies dedicated solely to “third leg” massages in the spa and sauna area. But there are ladies from various countries up on the top floor who do full service. Customers interested only in them can enter an elevator in the lobby that leads straight to the private rooms up there.

In the spa the staff is made up of Chinese and Cambodians. On the top floor female Cambodian managers organize use of the rooms and some older local ladies clean up the place. But the service providers are all from different areas.

After customers enter one of the private suites for a “special massage” the available service providers file in with a manager. There are probably two dozen gals or more working the position. They are purported to come from China, Russia and Vietnam. The Russian women could in fact be from any of the CIS Countries though most would probably not care to make such a distinction.

The service providers are in their twenties and wear revealing gowns and dresses. None are overweight or into middle age. Beauty is ultimately in the eye of the beholder though I imagine most men would consider the gals to be between average and attractive in terms of looks.

Each room has a bathroom with shower and a large bed. The gals carry kits and have their own way of doing things. But Chinese sauna style service is common. That means things like hot water and ice can be implemented by the providers as they go about doing their work. Sessions last quite a while and can include massages along with multiple “main events”.

The gals don’t receive any direct payments themselves. Instead customers show their wrist bands at the front desk where they are told their bill. At any place like this with multiple services available the prices can vary. The cheapest sessions involving full service would come to guys who go straight to the top floor for a session with a Vietnamese gals and then back down to the front desk. In those cases they would pay about $118 US. Others pay more or less depending on what they do and who they do it with. Three stars. 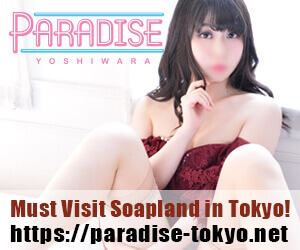